Moves to impose sanctions on Lebanese banks and associated politically exposed persons for their illegal measures to block depositors’ access to savings are taking shape with mounting domestic and international and activist pressure.

Nizar Ghanem, Director of Research at Triangle discussed the technicalities of international sanctions measures live on MTV Lebanon’s ‘In The Name of The People’ alongside Professor and Activist Makram Rabah.

Ghanem discussed the United States’ imposition of sanctions on lawmaker Jamil Sayyed, and contractors Jihad al-Arab and Dany Khoury. Also a founding member of the Lebanese Depositor’s Union (DU), Ghanem spoke about efforts to impose sanctions on Lebanese politicians after all recourse to local law has failed to bring justice to small and medium Lebanese depositors – whose deposits have been illegally withheld by Lebanon’s banks since the 2019 financial crisis.

The DU has already filed more than 200 law suits, including over fraudulent bankruptcy – which courts never responded to. The drive to impose sanctions is being framed within a boycott, divestment and sanctions (BDS) movement which takes its legal root, not from US sanctions but according to the United Nations Anti-Corruption Treaty (UNCAC) which was signed and ratified by Lebanon.

According to UNCAC, countries must engage in international cooperation to fight corruption and money laundering. Through the treaty, the boycott movement is asking other countries to impose special sanctions, including asset freezes and reclamations on politically exposed Lebanese elites who allegedly moved billions of dollars abroad amid the financial crisis. 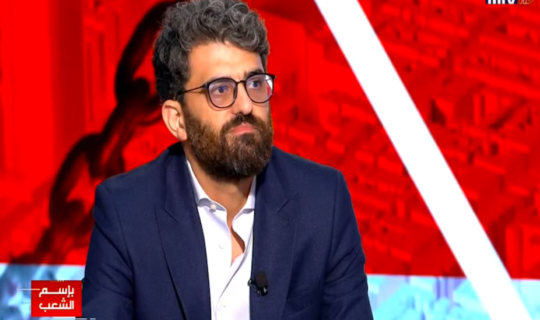