Nearly two years after the devastating Beirut port explosion that killed over 200 people, Lebanon’s ruling political class have refreshed their attempts to be seen as responding to demands for truth and accountability. On July 26, parliament elected seven members to the Supreme Council, the country’s highest possible court, which has the constitutional power to judge ministers, the prime minister and even the president.

However, despite the lofty title and decades of potential abuses of power by Lebanon’s political elite, the Council has never actually convicted anyone. It was called into action only twice since 1990: first against then-President Amin Gemayel and later against former Oil and Industry Minister Shahi Barsoumian. Neither was convicted. In 2019, there was furthermore a failed attempt to refer three former ministers to the Supreme Council on corruption charges.

Now, the Council’s latest case could be the 2020 Beirut port explosion. Could be for the Council has not yet been officially tasked with the case, and may very well never be, given the need for a two-thirds parliamentary majority to prosecute the country’s highest public officials.

While seemingly playing an all-important role in the country’s legal system, the practicalities regarding the Council reveal it to be one of the earliest manifestations of a phenomenon the Lebanese political class has turned into a true art form: reforms that look great on paper yet remain hamstrung by gatekeeper clauses preventing them from ever being implemented.

Even if the parliament tasks the Council with investigating the Beirut port blast, its composition – seven politically aligned MPs and eight judges who could be politically compromised – gives little reason for hope there will be any rigorous pursuit of justice. The seven MPs recently elected to sit at the court represent an even spectrum of stalwarts among Lebanon’s confessional system. 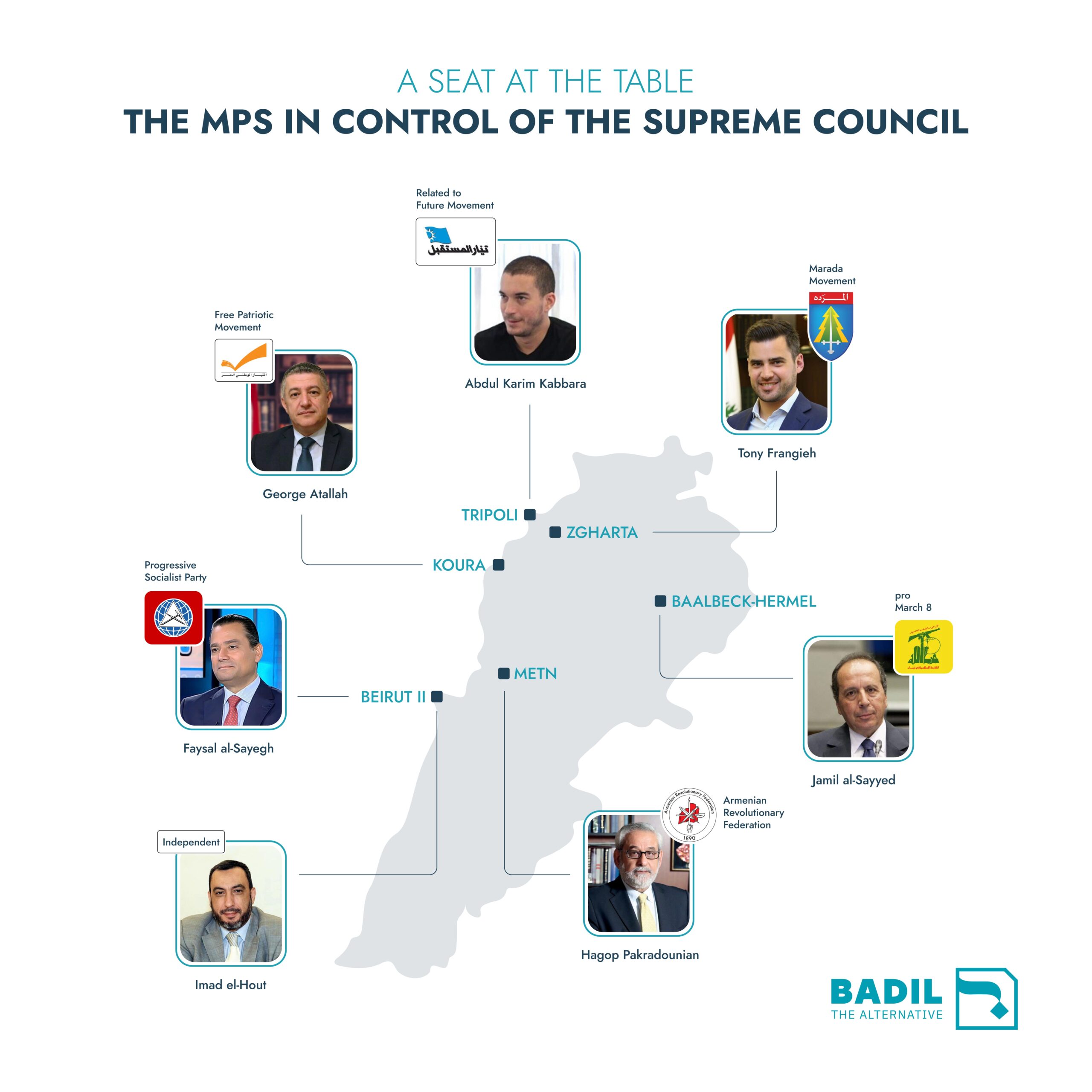 The Supreme Council was created as a part of the 1989 Taif Agreement, which formally ended the Lebanese Civil War. The Council’s jurisdiction and composition are outlined in articles 70, 71 and 80 of the Constitution.  Article 70 states that a two-thirds parliamentary majority may charge the “Prime Minister and Ministers with high treason, or with the violation of duties assigned to them.” Article 80 states the Supreme Council’s mission is to impeach “the President and Ministers.” The latter also determines this can only occur with a ten vote majority and that further proceedings are determined by a special law.

Law No. 13 of 1990 deals with how the Council functions, yet it contains numerous legal loopholes. For example, the law fails to define what constitutes a breach of ministerial duties.  Some experts argue that a breach of duty refers to any action undertaken that contradicts the integrity required for serving the public interest.

Article 42 of Law No. 13 effectively gives the Council complete power to prosecute ministers for any alleged crime, as the Council has the right to amend the legal description of the acts mentioned in an indictment. In other words, it could narrow or widen or the scope of investigation.

However, a referral to the Council is complex and time-consuming. It starts with a petition signed by at least 26 MPs and submitted to the Speaker of Parliament. It then needs a two-thirds majority parliamentary vote to proceed, while the Council itself is not bound by any time limit, leaving the possibility of perpetual delays in investigations. And the hurdles to an effective inquiry do not stop there.

Once the Supreme Council has taken on a case, it will have to appoint an “Investigation Committee,” which consists of a chairman, two original members, and three replacement deputies, who are elected by the parliament in a secret ballot and by an absolute majority. Articles 27 and 43 of Law 13 determine that members of the investigation committee cannot also be the elected members of the Supreme Council, which effectively means that the actual investigation is carried out by members of parliament themselves.

By merging politicians and judges in one and the same body, the Council’s very structure negates the basic concept of a separation of powers between the judicial, executive and legislative branches. The numerous legal clauses and contradictions show how bodies such as the Council and other “gate-keepers” only function to placate domestic and international demands for reform and accountability.

The Lebanese are rightly very skeptical about activating what is on paper the nation’s highest possible court. The numerous workarounds in the way the Supreme Council functions will likely only be used as a tool to restrain the judiciary from prosecuting anyone. As such, truth and accountability will remain a far cry for the victims and survivors of the 2020 Beirut port blast. 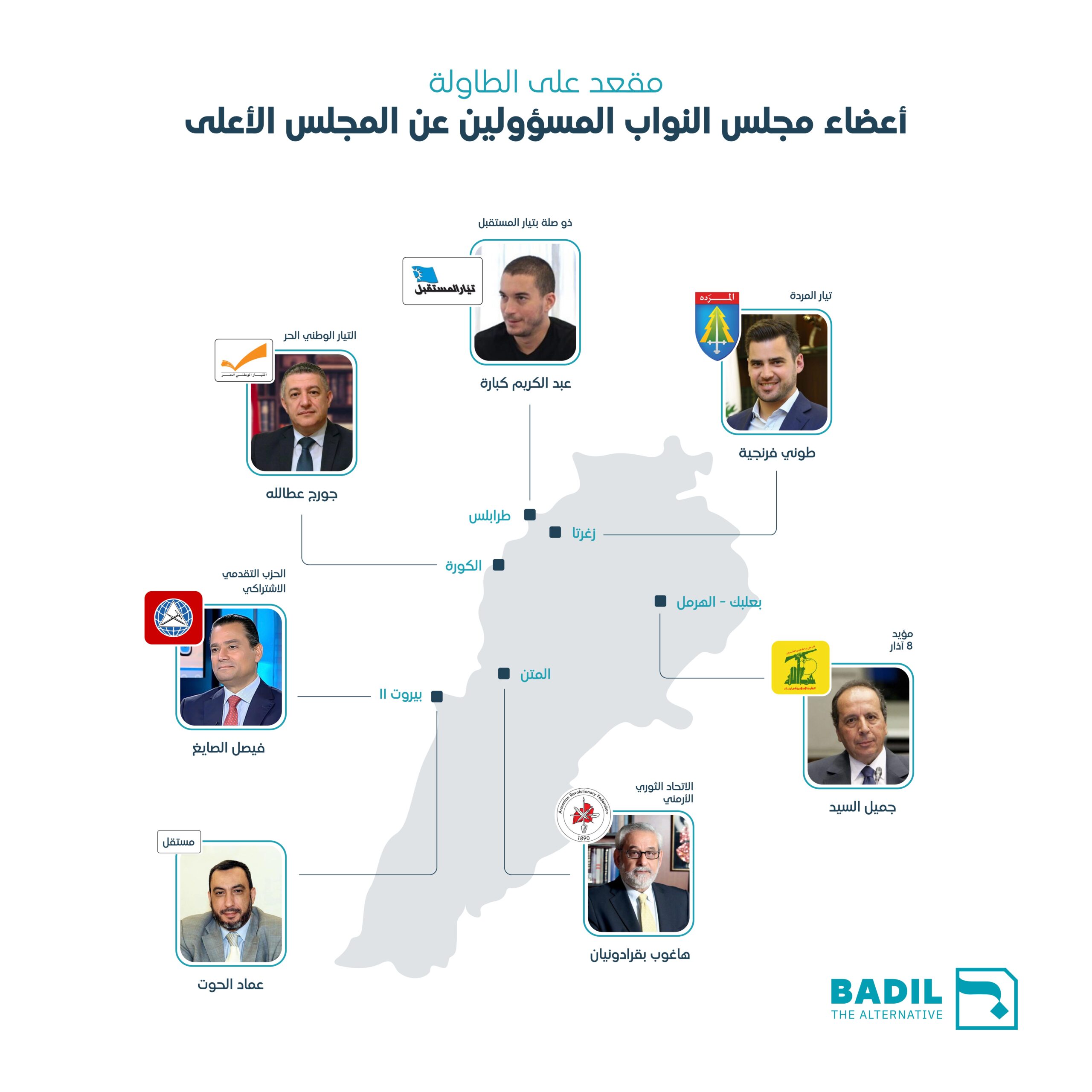